The first Inspector Morse novel, 'Last Bus to Woodstock' was released whilst the last 'Poirot' novel -'Curtain' - by Agatha Christie, was published

Motorola obtained a patent for the first mobile phone which had been designed by Dr Martin Cooper a couple of years earlier. Nicknamed 'the brick', it took another eight years to come to market, at a price of nearly $4000

And Microsoft registered as a trademark

Can't see any of those becoming desirable classics!

And 'Bernie, the Bolt!' was called for the last time in 'The Golden Shot'

Bob Monkhouse used to tell the story of a man who participated in the show from a telephone kiosk, watching the programme in the window of a television rental shop (Remember when we used to rent rather than buy TVs?)  Sadly, as the man directed the bolt around ('left a bit, down a bit, right a bit - aim, fire!') the shop assistant changed the channel!

The Streets of London - Ralph McTell

For this year's clip, one of those songs that takes me right back to a moment in time - a hot summer's day, spinning in a fairground ride with friends, singing this at the top of our voices!

Moving from Oxfordshire to Hampshire, to the house where my parents still live

A new school and new friends

Having enjoyed our cramped camping experience in Wales the previous year, our family had acquired a large tent of our own and set off for a week of camping on the beautiful west coast of Ireland, followed by a week in Dublin with our hilarious great-aunts and cousins.  Here's a photo from that holiday, with a rare appearance from my Dad (usually the photographer!) 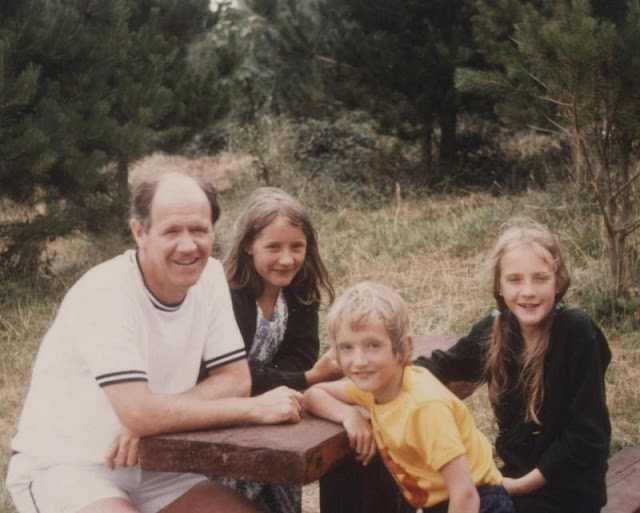 I might easily have called this post 'A Series of Unfortunate Events' as I made so many mistakes in its making, but in the end, I think it turned out okay!

A couple of weeks ago I rescued this man's shirt from the Rag Bag at the charity shop.  It had been consigned there due to its floppy, well-washed status, and a few pesky stains. But it was a nice large size in lovely chambray-type fabric, and I thought would be good for a re-make. 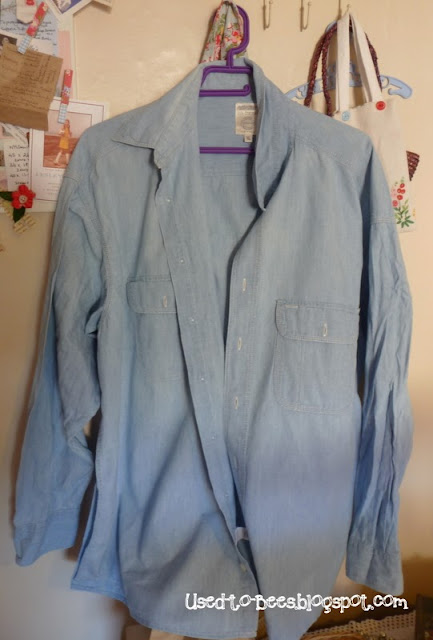 First I made a new pattern - well, actually a familiar pattern in a larger size. This was to be a 110cm size, aimed at a 4-5 year old.  It is from this Japanese book., which is now available, with a different front cover, in English.  (You can buy it on Amazon, but they aren't paying me for a plug!) 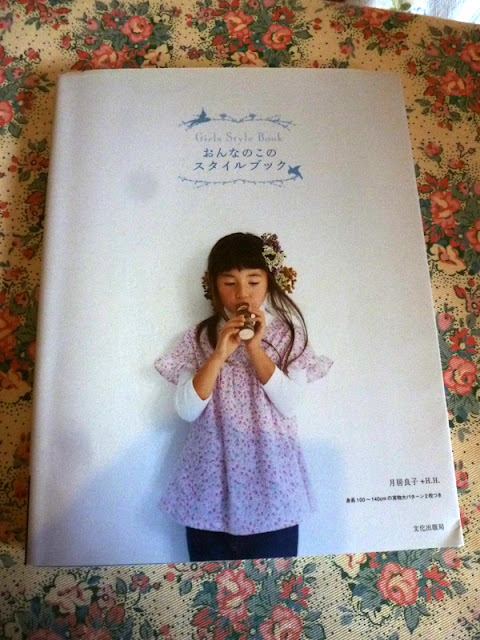 I have made loads of these smocks now.  Such a sweet and easy-to-wear design. First I had to lay my pattern pieces out to see if I could get it all out of the decent parts of the fabric, going with the straight grain.  The front and the top part of the back fitted on the back section... 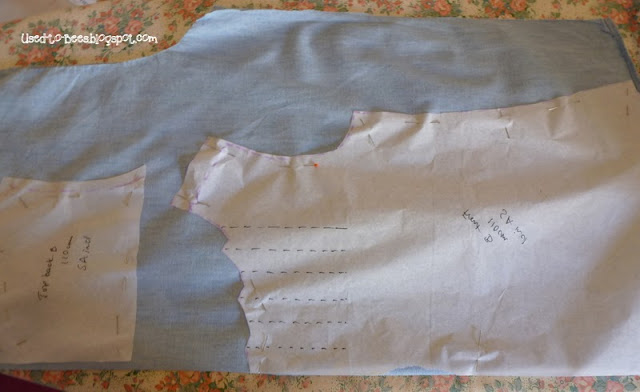 The two bottom back sections fitted on the front pieces, beneath the large breast pockets.  These pieces were meant to be one, cut on a fold, but I reckoned that a centre back seam was going to be okay. 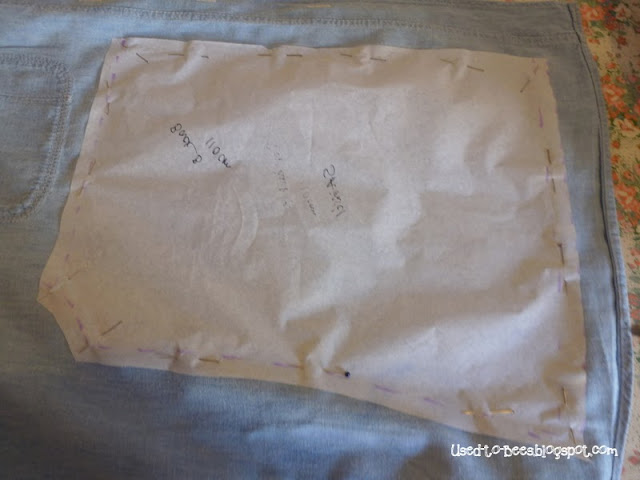 It was a push to fit the two sleeve sections as the shirt sleeves were made of one wide and one narrow panel, reducing the available width.   It was just do-able though!

My first mistake was that I had drafted the bottom sleeve section without adding the necessary seam allowances ( I normally add the seam allowances to my paper pattern pieces, otherwise I know I WILL cut something wrong!).  I merrily cut the pieces out before remembering the lack of seam allowance on that one piece!  There was no altenative but to go ahead with making the sleeves slightly shorter and less full than they should have been. 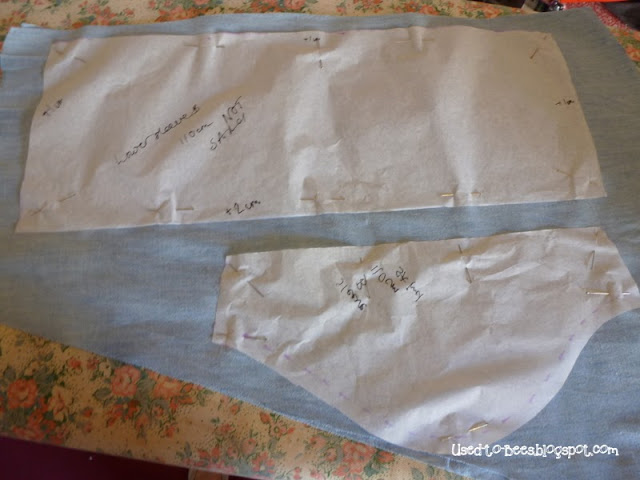 So, with all my pieces cut I stitched away.  The pin-tucks, which I messed up last time and had to press the wrong way and embellish... 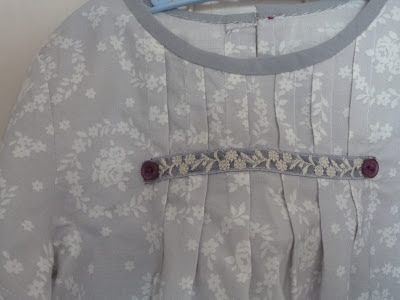 But then I stitched the back to the front section right side to wrong side, ending up with the tuck on the back instead of the front.  But I decided that I quite liked this as an alternative, so left it. 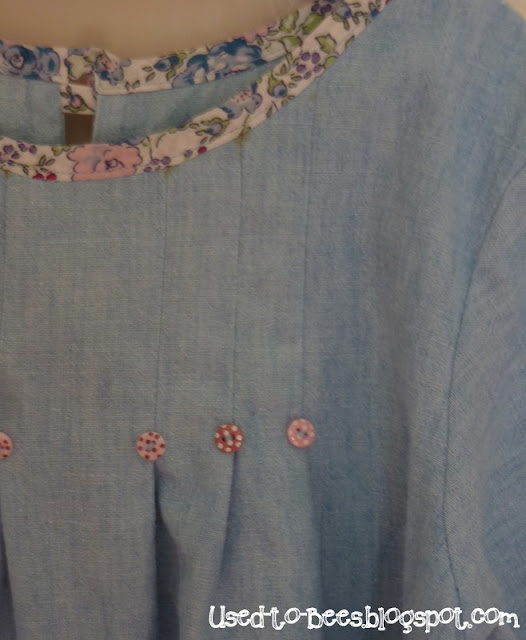 I used some pretty 'Felicite' from Liberty as the binding and embellished with some weeny polkadot buttons.

My next problem was a hitherto unseen stain, right slap-bang in the middle of the front!  I knew it would be noticeable where it was.  There was nothing to be done but to find a decorative way to cover it up!

A bit more 'Felicite' and the design I used in my recent ATC swap... 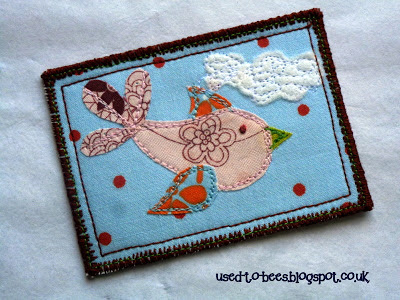 ...and the front acquired a trio of swooping birds! 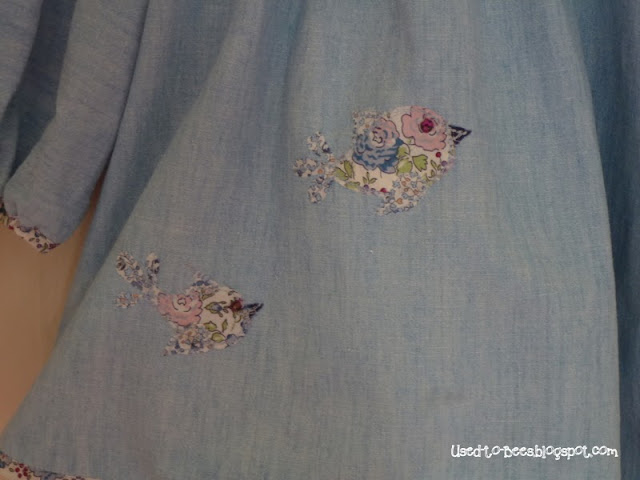 Sleeve edges, hem and neckline were all 'Felicite' bound.  The button loop too... 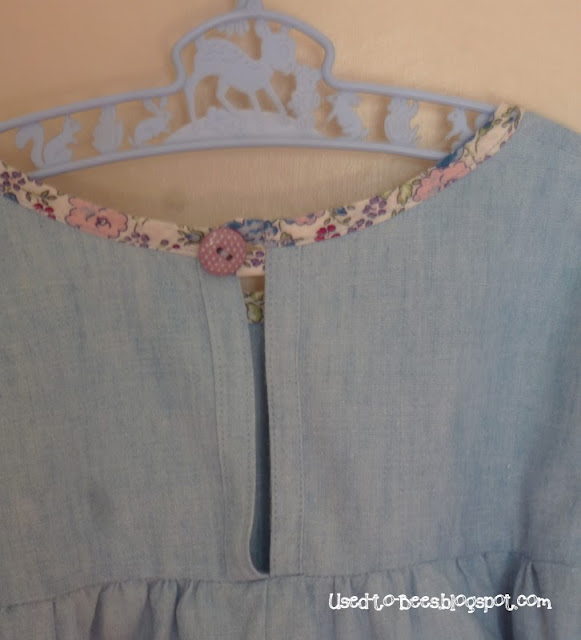 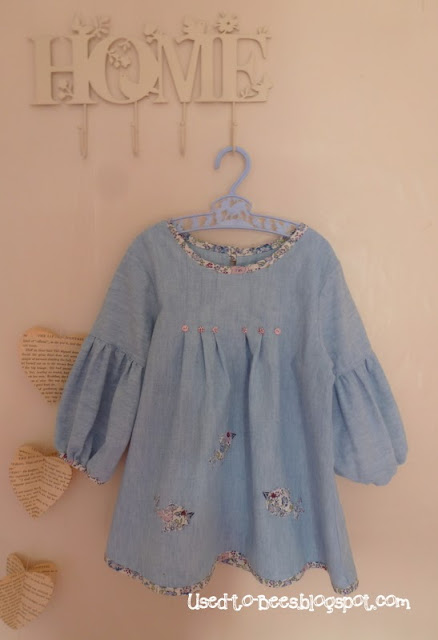 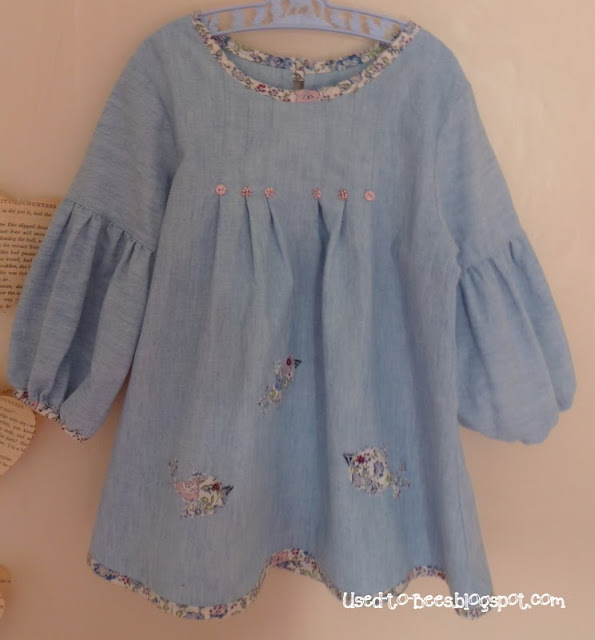 We're getting to the years where I can really remember things that happened!

New Year's Day was a public holiday for the first time

Miners' strikes, coal shortages, power cuts and the
Three-Day-Week.  I remember many a power cut, and evenings spent a bit like this...

McDonald's opened its first UK 'restaurant' (I use the term loosely) in Woolwich...

The IRA bombing campaign was all too often the news headline

Monty Python aired for the final time, before I'd even had time to be old enough to watch it!

John Stonehouse re-appeared in Australia, after faking his own death.  When he was found by police, at first they thought he was Lord Lucan.  I think they needed glasses...

Ching-Ching and Chia-Chia came to Britain

It Ain't Half Hot Mum
(sounds appropriate for these days!)

Porridge
(not so appropriate for these days!)

And two that I don't think were hits in the UK, but really should have been
'Time in a Bottle' and
'I Have to Say I Love You in a Song' by Jim Croce
(hits in the US and Canada, sadly posthumously)

There was a plethora of glam rock acts in the charts, along with The Osmonds and The Wombles, but the record I bought with the voucher I got for my birthday that year was this one...

Oh, the lure of the free shopping bag!
(I really wanted The Osmonds but was persuaded by a family member to buy this, deemed more 'wholesome...)

In those days, Eurovision was a seriously BIG thing, so my video for the year is this one - the first sighting most of us had of ABBA.


(Miss U-t-B, who is a pretty big Eurovision fan in spite of what it has become, once said something along the lines of this:

'Well, we may not win these days because of all the political voting, but at least ABBA won for us back in the old days.'

I had to let her know ABBA were Swedish!)

I broke my arm

Got to know my Granny, last seen in 1966, when she came on a long visit from Argentina

Went on holiday left, right and centre
(the 'cider-drinking' trip to the Brecon Beacons with school;
the Oxford Canal on a barge with all my family plus Granny, where we had a near-death experience in Somerton Deep Lock and I developed a strange puffed-up appearance that only went away once we left the environs of the canal; Guide Camp to Hampshire/Surrey borders where all us 'newbies' got scared witless by someone sticking plasters with the word 'Murder' on them all over our belongings;
camping in Wales with the family, all five of us packed into a three-man tent we'd borrowed)

This time a pair of photos that make me laugh.


First, a very happy me about to embark on that week of camping with the Guides... 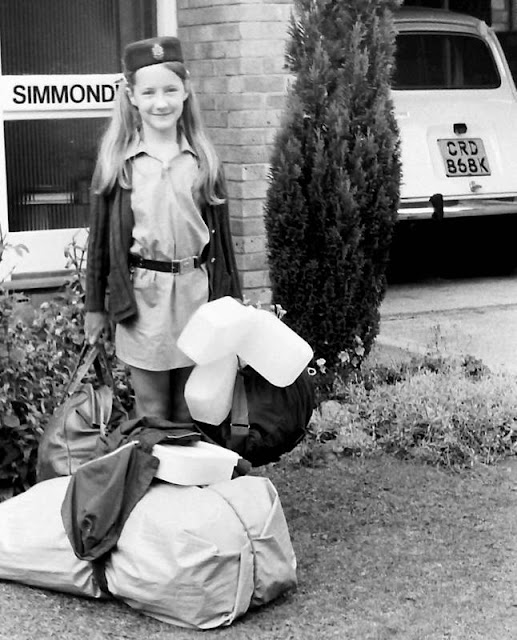 Then the concerned look, seeing the expressions on my brother and sister's faces! 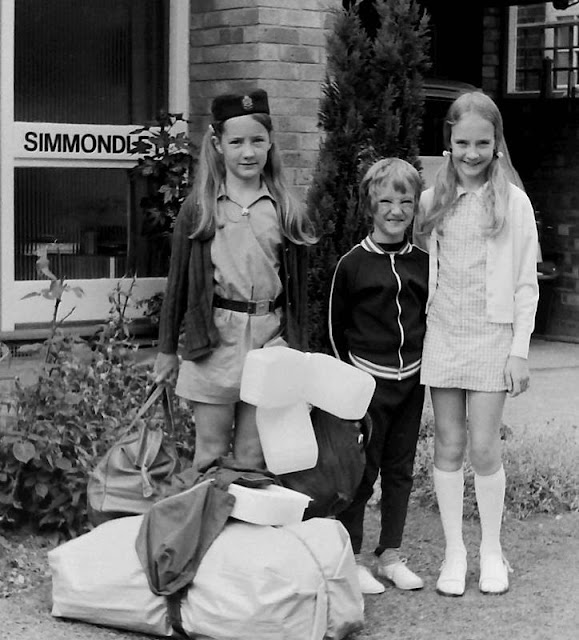 Pleased to see me go, were they?

Glad there are people out there enjoying these posts - I love reading what memories others have of the year in question, so do feel free...
Posted by Used-to-Bees at 05:09 8 comments:

Me and my blog

Used-to-Bees
Hello - I'm Alix, often to be found in a rather chaotic workroom surrounded by salvaged textiles, Liberty fabrics and a tangle of embroidery floss, creating things that make me smile. When not stitching, I enjoy baking and eating cake, cooking epic Sunday roasts to share with family and friends and hunting for treasure in unlikely places. Home is a wedge-shaped end-of-terrace in Hampshire, England, which I share with the long-suffering Mr U-t-B and our seventeen year old daughter, Ellen. 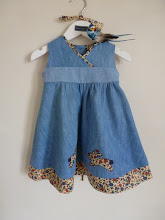 Rescuing the unsaleables to make money for my local hospice 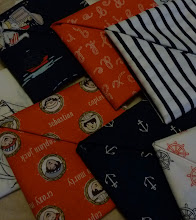 A maybe-weekly round up of my favourite online fabric finds 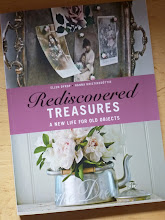 Books to escape with and books for reference 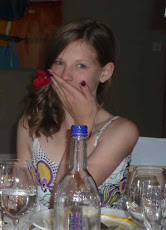 Enjoying a tipple at Sunday lunch 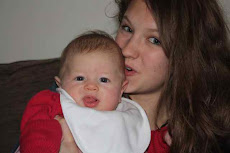 It's a Wonderful Life

My favourite film - sentimental fool that I am!

A nice spot in our house

Who do I think I am?

Turning the treasures of yesterday into something you'll love today

I love cottages (though I'm not sure you could shoehorn us and all our belongings into one!)

A small space for happy times 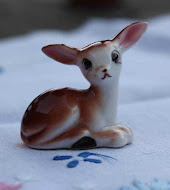 Hop across the Channel and visit a vide grenier!

Even if I can't keep up with my daughter now!

Every girl needs a wigwam!